Our first day in Ithaca New York was very bustling and we were all very excited to take in the views of this amazing place. After visiting several waterfalls and exploring nature for a bit, we decided to pop over to the city. The buildings in the city exuded an elegance and even though night was falling, it seemed the area was glowing. There were also many adorable shops lining the streets with interesting art displays and goods.

Right away, we noticed these really cool stone signs that depicted planet information, so we knew that we had to check out what exactly this was. After some research, we determined that we happened upon The Sciencenter’s Sagan Planet Walk. This walk was named after Carl Edward Sagan, the famed American planetary scientist, author, astronomer, and astrophysicist. Originally, he was actually an associate professor at Harvard, but later moved to Cornell in Ithaca New York where he spent most of his career as a David Duncan Professor of Astronomy and Space Sciences.

One of his most well known works was his contributions in research to extraterrestrial life, which also included experimental demonstrations on the productions of amino acids from basic chemicals by radiation. His is also very famously known for assembling the first physical messages into space via the Voyager Golden Record and the Pioneer Plaque. They were sent out with the hope that perhaps they could be potentially be understood by extraterrestrials that may find them. He authored so many prolific scientific books, and one of his best known is “Pale Blue Dot.” He also wrote a book in 1985 titled “Contact” which later became a movie in 1997. These are honestly just some of his accolades, but you can see why The Sciencenter decided to name this educational planetary walk after him!

The walk itself spans 3/4 of a mile (1,200 meters) so it is really not difficult to do in one day. (Since it was dusk at the time we discovered it, we did do this over several days, but on a nice day, this would be a fairly easy walk.) It literally models our own Solar System, and it is one five-billionth of the actual size. You should start this tour directly in the Commons in downtown Ithaca, and the first obelisk that you will see is the Sun. The walking tour does end up at the Sciencenter after you go through the downtown area. The Sciencenter is a hands-on science museum and would be a great stop if you are a family vacationing here or even just in the area. I really think its an awesome idea that they promote the sciences for children so that they can learn about engineering, weather, space, and our environment from a young age.

As we were walking the Sagan Planet Walk we pondered on how cool it was that it had the size of the planets and the distance between them is accurately scaled and displayed. There is also an audio tour that I recommend you do while taking the walk that is narrated by Bill Nye (AKA The Science Guy) and you can listen to it by calling in directly on your phone, or via computer, iPod, or mp3 player. When we did the walk we called in, and it was really easy. At the bottom of the page, I will link the Sciencenter directly, and you will find this audio tour and also maps too. If you are a teacher, there is also a great resource that you can download which is a very educational called “Passport to the Solar System.” It has so many cool facts about the planets themselves, and I can also see this being used for homeschooling studies, family trips, or honestly I just really liked reading it myself to check out some really interesting facts! Whatever age you are, it is always a great idea to keep learning about the world!

If you enjoy learning and having a bit of educational fun on your excursions, I highly recommend the Sagan Planet Walk. I can see all ages enjoying this, and it really does put into perspective how expansive, immense, spectacular, and truly beautiful our Solar System is. It is truly amazing that we have the opportunity to be part of it, and I think if anything else, that is a great reminder of that.

I hope that you all are having a wonderful day, and remember to click that subscribe button!

If you are traveling to the New York area, and are interested in hiking or viewing spectacular waterfalls, a book that I would highly recommend and also own myself is “Hiking Waterfalls New York.” This literature reviews a variety of hikes, from the famous Niagara Falls, to even more less known hikes, but spots that you will not want to miss! At the beginning of the book, I really like that the author categorized the trails from her favorites, best waterfalls for fall foliage, best gorge hikes, roadside waterfalls, best historical falls, and even waterfalls that may draw in more crowds versus less crowded waterfalls. There is also a very nice map that lays out where the locations of them are, and that can be an amazing tool when you are planning your trip. This is great so that you know how far of a distance you can expect to travel from where you are lodging, and you can really make the most out of your time and itinerary. With each hike and waterfall listed there is a full color photo, trail distance, difficulty, and even information about the actual surface that the trail is made out of in addition to so much more!

For more information regarding this book, just click on the affiliate link below!

The Best Things To Do In Ithaca New York 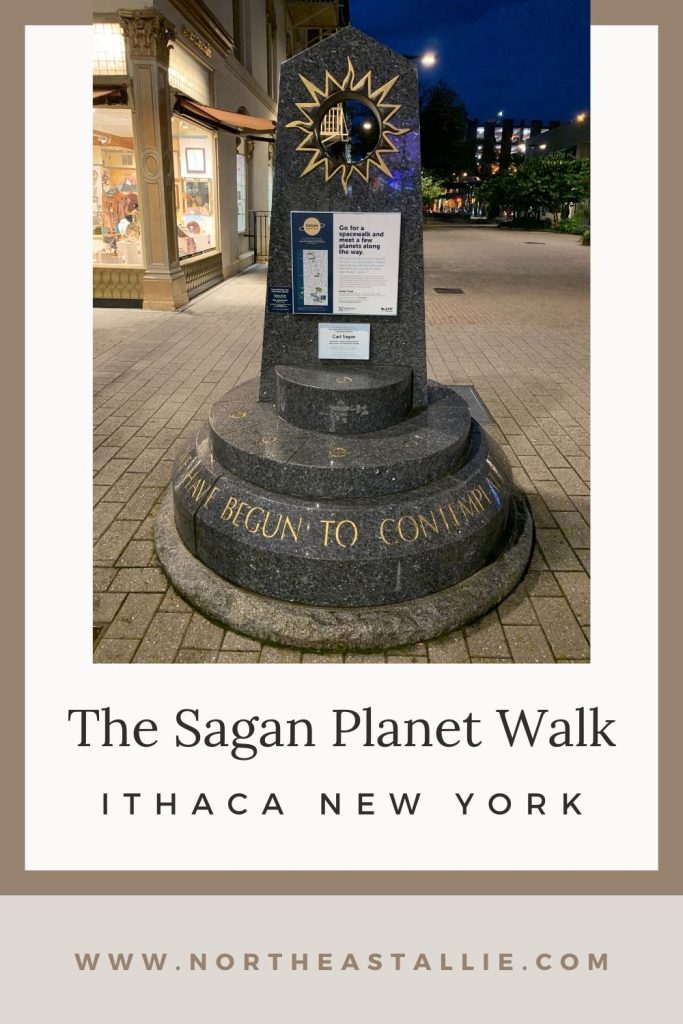